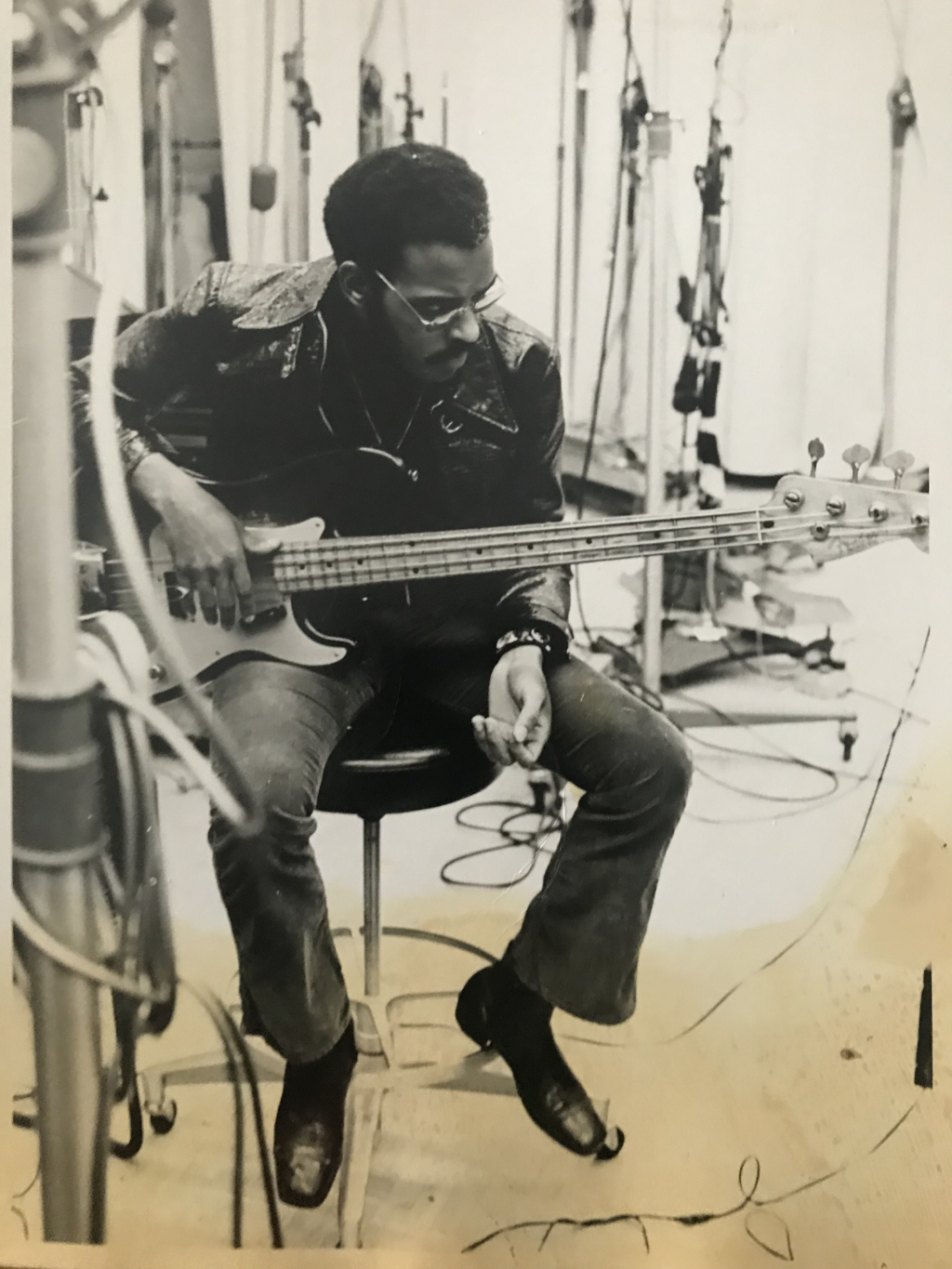 Billy Nichols was born ten years before the middle of the twentieth century to Laura Bell and Tom Sanders. Nichols in a small town called Carrollton in the northern hills of Mississippi. Billy was one of what eventually turned out to be nine children. He was number seven. Billy’s family was farmers by occupation, not to Billy’s liking. Though Billy’s father worked the fields by day, late in the evening after the sun went down, soon after supper, Billy’s dad would pick up his guitar and all of the family would gather on the front porch to hear the sounds of blues played by his dad. Billy’s dad was a very talented blues musician. He often said that Blind Lemon Jefferson was one of his greatest influences. Many nights Billy would stay up as long as he was allowed, listen to his day play and sing the blues.

As far back as Billy can remember, there was always a radio playing within their household. The sounds coming across the airways seemed to kindle some kind of fire deep down inside of him. Billy recalls some of his first musical memories as being a buffet of sounds from different artists. Some of the sounds were blues, big band, country, and gospel. Being number seven, he did not get an opportunity to be taught first-hand by his father. His siblings before him had the privilege. It wasn’t until he was about ten years of age, before he was even allowed to touch his father’s guitar. However, when the family would be working in the fields and Billy would be at home baby- 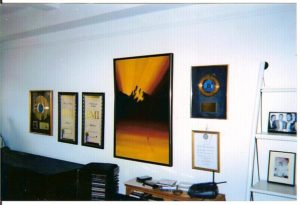 sitting his little brother, Alex. Billy would sneak into the bedroom where his dad kept his guitar and try to mimic the sounds coming from the radio. Billy recalls his favorite blues artist as being Muddy Waters. He also listened to and was influenced by such artists as Ray Charles, Sam Cooke, Louis Jordan, Hank Williams, the Blindboys of Mississippi, and many, many other artists that he heard on the radio.

Shortly after Billy’s fourteenth birthday, his family moved from the South, to a town in Massachusetts called Springfield. It was here that Billy began to hone his skills as a musician. He jointed the high school band; and on the weekends, would play in a local band with his brother Ernest, Lyn Perry and Bob Burgess. Later, after he graduated from High School, he joined a gospel group – The Bells of Harmony, and traveled from church to church. Billy also had a nine-to-five job, but his heart was solely into his music.

Then came the chance to become a member of a local band with management, promising a career in music. Billy jumped at this opportunity. The group was called Jimmy Vick and The Victors. They recorded a single in the summer of 1963, after which Billy quit his day job. They had their picture in Billboard Magazine and were able to get some local radio airplay. By November, the group broke up, leaving Billy without a job.

Billy, somewhat discouraged, but not willing to give up, asked his mom if she would contact her brother living in Detroit and find out if it was okay for him to come there to live. Billy’s uncle replied and the answer was yes. So with twenty dollars to his name, a guitar, a bag of clothes, and an amp, Billy set out for Detroit in January 1964.

Billy soon familiarized himself with the local musicians and after a few months, he was able to move out of his uncle’s house with one of his musician friends, Tony Newton. They managed to get an audition with Motown Records and both of them were hired on the spot. Billy got his first Motown job with Martha and the Vandellas; his friend Tony got a job with the Miracles.

Soon, Billy found himself in the Motown Road Band led by Choker Campbell. In this band, Billy played for such acts as the Marvelettes, Stevie Wonder, the Spinners, the Four Tops, and many of the other Motown artists of the day. Later he would become the musical director for Marvin Gaye. Billy’s ambitions were to be a songwriter and record producer, but he was not yet at that level with Motown. So, not being able to find his place in Detroit, he decided to move to Cleveland, Ohio where he joined a band that played six nights a week at a club call the Music Box. It was at this club that Billy met Billy Stewart, a recording artist who had a couple of ht records out at the time. Billy Stewart offered him a job as his bandleader, but Billy had gone down that road before. He told Billy Stewart that he wanted more than just being a bandleader. He wanted his own songs recorded. Billy Stewart agreed. So, off to Chicago they went, with the first stop being Chess Recording Studio. 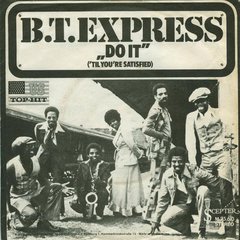 Billy Stewart kept his word and recorded two of Billy’s songs. One song, entitled “To Love, to Love’ was the flip side of Billy Stewart’s greatest hit, “Summertime.”

Soon, Billy was disenchanted with the roadwork again. One night after playing the Apollo Theater in New York City, a gentleman approached him and asked if he would like to bring in and lead the house band at his ballroom. In Billy’s mind, this was “it,” the chance that he needed to get his music heard. The band was called Billy Nichols and the Soul Swingers. Billy and his band played at the Crystal Ballroom for about three years. During those years, many artists

of that era came through and performed with the band. They were such “greats” as Al Green, Wilson Picket, Otis Redding, Joe Tex, Bobby Womack, to name a few. It was during his stint at the Ballroom that Billy was introduced to another group of musicians known as “session musicians.” These musicians played on most or all of the “hits” recorded in New York City.

It was at one of these recording sessions that Galt MacDermot approaches Billy. Galt, well-known

as the composer and writer of the hit musical, “Hair,” asked Billy if he would be interested in working with him on a new musical being produced by Joseph Papp at the Shakespeare Theater in Central Park. The play was called “Two Gentlemen of Verona.” Having no experience in musical theater or any other theater for that matter, Billy took the job.

Billy’s job was to rehearse the fledgling actors and to get them accustomed to singing to the sound of an electric guitar instead of a piano. The actors were Clifton Davis, Raul Julia, Jonelle Allen, Diana Davila, and a cast and ensemble of singers and dancers, which included such people as the unknown Jeff Goldblum. To this day, Billy says that he has no idea why Galt entrusted him with this job. “It had to be some kind of magic,” said Billy. The play opened in Central Park in the summer of 1971, went on to Broadway in the fall of that same year, and on to win the Tony in 1972 for best music in a play.

Even while the play was still running, Billy was composing songs. He wrote his first hit song in 1972 recorded by Millie Jackson. The song, “Ask Me What You Want” reached the top twenty on the Billboard charts of that year. After the play closed in 1973, Billy continued writing and this time he penned the all-time classic entitled, “Do It Til You’re Satisfied,” recorded by the B.T. Express and released in 1974. Billy went on to write and produce a couple of other hits for the group such as “Can’t Stop Groovin’” and “Shout It Out.”

In 1979, near the end of the disco era, Billy wrote, sang and co-produced a disco classic entitled, “Give Your Body Up to the Music.” Sensing a change in the music field, Billy went on to produce two rap records, which now have become hip-hop classics. “The Adventures of Super Rhymes” and “Rhythm Rap Rock,” are recognized by many as pioneering the Rap genre.

Billy’s music also extends in the Rap arena via samples, which includes such rappers as Will Smith, Beanie Sigel, EPMD, Master P, Ice Cube, P. Diddy, J.Z., Ludacris, Dr. Dre and de la Soul. A sample of his song “Do It,” heard in the song entitled “Addictive” performed by recording artist Truth Hurts, won him two BMI awards for most urban airplay for the year 2002.

Billy’s music can also be heard in the soundtracks of such recent movies as “Carlito’s Way,” “Inkwell,” “Gun Crazy,” and in the theme song of “Showtime at the Apollo.” Other movie soundtrack credits include “Mo’ Money,” “Rush Hour II,” “Serving Susan,” “Hot Chicks,” “The Streets Are Watching,” “One Perfect Day,” and “The Fast and the Furious.” Many television shows have featured Billy’s music such as “Third Watch,” “That 70’s Show,” “Late Night with Conan O’Brien,” “Stoned Age,” “Parenthood,” and also MTV’s “Cribs,” “Dismissed,” and “Real World.” In addition, his songs have been heard on BET’s “How I’m Living,” and “Cita’s World;” as well as VH1’s “Behind the Music.”

Billy Nichols has now embarked upon his solo career with the release of his new CD entitled “Love Stuff.” Billy’s talent, experience, and knowledge within the music industry, promises to take him further than can be imagined. His talents will not go unnoticed. In Billy’s own words, “It’s all good, Baby. Check it out!”